Home | Offers & News | Forest of Dean Attractions | Why do we consider Friday 13th to be an unlucky day?

Why do we consider Friday 13th to be an unlucky day? 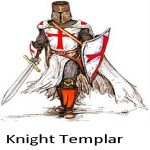 Why do we have a phobia about Friday 13th?

To many people, Friday the 13th is something to be very wary about. If something is going to go wrong, you can bet, it will happen on Friday, the thirteenth day of the month.

This isn’t true. Of course, it isn’t but many people would argue otherwise. But where did such a superstition come from? Why Friday? and why the thirteenth?

There are many stories concerning that day and that date. One such theory goes back to biblical times and the last supper. Legend has it that Judas Iscariot was the thirteenth guest at the last supper. This was held on a Thursday ( Maundy Thursday) and Jesus was taken away and crucified on Friday. Thus the 13th + Friday.

For the best explanation, we have to go back in time to France. 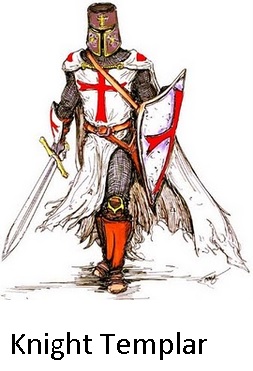 The Knights Templar – who were they?

The Poor Fellow-Soldiers of Christ and of the Temple of Solomon, also known as the Order of Solomon’s Temple, the Knights Templar or simply the Templars, were a Catholic military order recognised in 1139 by the papal bull Omne datum optimum

At dawn on Friday, October 13, 1307, scores of French Templars were simultaneously arrested by agents of King Philip of France, later to be tortured in locations such as the tower at Chinon, into admitting heresy and other sacrilegious offences in the Order. Then they were put to death.

Many reasons were given for the treachery of Philip and Pope Clement V. Money is thought to have been one factor. The Knights Templars were both soldiers and Monks, they were also bankers. It is taken as a matter of fact that the Templars invented what is, today’s modern banking system.

The Templars had accrued vast wealth over many years. They were originally formed to protect the pilgrims who visited the holy land.

After the Holy Land was re-conquered by Saladin, the Templars went into decline.

May rumours surrounded the order. One was that they worshipped the severed and preserved head of John the Baptist. Other ‘crimes’ they were arrested and tortured for included homosexual acts, spitting on the cross, treason and a number of other trumped-up charges.

In the end, they were mostly killed by being burned as heretics and traitors. Many were put to death in Paris.

What was the Templar Curse

The Grand Master of the Knights Templar Jaques de Molay was burnt at the stake. While burning on the pyre, De Molay cursed King Philip IV of France, his descendants, Pope Clement V, and everyone else who supported his death. De Molay said that within a year and a day, Clement V and Philip IV would die. He also said Philip’s bloodline would reign in France no more.

As it transpired, both Pope Clement and King Philip were dead soon after. Between 1314 and 1328 the three sons and grandsons of King Philip died, thus ending 300 years of the house of Caped.

As far as Friday the 13th superstition and paranoia go, I rather like the story of the Knights Templar. Mind you, people also avoid cracks in the pavement, walking under ladders, crossing a black cat and a list of other phobias.

There are many Knights Templar sites dotted around France and other European countries. A French nobleman Hugh de Payens visited England 1128 to raise men and money for the Crusade, thus was born the English Knights Templar.

The Templars and their sites can be seen in many English churches and placenames around England. If this has given you a taste for th Templar history, you find out more here.

Even nearer to home. If you are staying with us at the Forest of Dean Lodges in Coleford, you can find traces of the Knights Templar close by. Check out this great historical website.