No Comments » Written on February 18th, 2018 by Forest of Dean Lodges
Categories: Events Wales School Holiday dates are very important dates. Who says so? well, the school kids for a start.

There has been arguments over many years about taking children out of school for holidays during the term. This can lead to prosecution, in some cases. There have even been long, drawn out, court cases where parents have challenged the policy of taking their children out of school during official school terms.

Parents who are going abroad for their holidays face hikes in prices for foreign travel. Sometimes the prices are hiked so high, people can’t afford a trip abroad during the summer holiday breaks. This leads to some decisions that are conflicting with the law.

So, it is important to plan ahead. Check out the school holiday breaks for Wales and then check out our Royal Forest of Dean Lodges for those periods. Plan ahead and book ahead, that way you won’t be disappointed.

There are many links from where you can get information on school holidays 2018. here, for example, is another great website that parents will find helpful when planning their Forest holidays.

Often, you may find variations in school holidays from county to county and country to country. The great thing about the Internet is access of information.

If you live in Scotland and Northern Ireland, you will need to check with your local council for holiday terms. There is a government website for England and Wales that has a post code search for school holiday terms. Follow this link.

No Comments » Written on February 3rd, 2018 by Forest of Dean Lodges
Categories: Events

Which animal in the Chinese Zodiac are you? 2018 is the year of the Dog.

Chinese New Year 2018 is the Year of the Dog. I, myself, am a Rooster, or so I am told. What sign of the Chinese Zodiac are you? Check it out from this website.

Forest of Dean Lodges are available all year round and you are always most welcome.

Where to Celebrate Chinese New Year?

You need not worry about missing out on the delicious Chinese food when you come to stay with us in our Forest of Dean Lodges in Coleford. We have several great places serving traditional Chinese cuisine. Ho Wah Court, White Horse, Hong Kong House and Lucky’s Chinese all serve great Chinese food.

AS is normal for this Blog, we have found a great website to give you the information you need. Check out the Chinese restaurants and takeaways from the Travel site Tripadvisor.

You can choose where you eat, or, if you prefer, you can get your Chinese meal delivered to your lodge and enjoy Chinese New Year there.

We look forward to seeing you here, in Coleford, for the Year of The Dog and we hope you will enjoy staying in our beautiful lodges. Contact us at any time to book your own Forest of Dean Lodge for Chinese New Year 2018.

No Comments » Written on January 26th, 2018 by Forest of Dean Lodges
Categories: Events 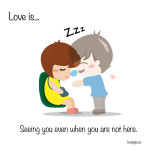 Treat somebody you love to a very special St. Valentines Day 2019.

St. Valentines Day 2019 in the Forest of Dean is something special. When is St. Valentines day? February 14th is that day in question.

Every year, people all over the world celebrate St Valentine’s day in all manner of weird and wonderful ways. Some people send flowers, others send chocolates, some send both. There are thousands of ways to celebrate this lovely day and we at Forest of Dean Lodges in Coleford would like to lend a helping hand.

Did you know; Second only to Christmas, St. Valentines Day sells most cards? Over 160 million cards worldwide. Just imagine that?

The History of St. Valentines Day

As with many other traditions, St. Valentine is as much a half myth, half-truth concoction. The Catholic Church has at least three St. Valentines or variations on the name.

One story goes that the emperor Claudius II, a third-century ruler of the Roman empire outlawed marriages. He though single men made better fighters. Wives and families were therefore not the order of the day for young warriors.

The legend has it that a priest called Valentine thought this unjust and continued to perform marriages. Claudius didn’t like this one bit and so had him bumped off.

Another legend has St. Valentine as a person who helped prisoners escape from jails where they were tortured and beaten. He was of course caught and banged up himself. According to the legend, Valentine sent the first message himself. This was, allegedly to the jailer’s daughter. It was signed “from your Valentine”. This is the message that is used to this very day.

There are more stories of this kind. One reason for the event being held in the middle of February is, so I am told, down to the Catholic church. According to whoever, the church wanted to persuade pagans from their wicked ways. So, putting St. Valentines day smack bang in the middle of a pagan festival seemed to be a great idea.

While some believe that Valentine’s Day is celebrated in the middle of February to commemorate the anniversary of Valentine’s death or burial–which probably occurred around A.D. 270–others claim that the Christian church may have decided to place St. Valentine’s feast day in the middle of February in an effort to “Christianize” the pagan celebration of Lupercalia. Celebrated at the ides of February, or February 15, Lupercalia was a fertility festival dedicated to Faunus, the Roman god of agriculture, as well as to the Roman founders Romulus and Remus. Read more on this topic.

Mind you; St Valentines Day has not always been linked to peace, love and understanding. Oh no! During the time of a certain Al Capone, Circa 1929, there was a memorable “rub out” performed in Chicago. 5 members of Bugs Moran’s North Side gang and two associates were gunned down by other gangsters posing as policemen.

Nobody was ever caught and the “St. Valentines Day Massacre” has since become as synonymous with the 14th of February and the love machine from the time of Claudius II.

The Royal Forest of Dean is a beautiful and romantic setting. Don’t take my word for it, ask anyone who has ever been. There is no such thing as going “over the top” when it comes down to showing your appreciation for somebody. Flowers and chocolates are a great idea but what about a break?

Imagine a romantic weekend or even a week in the most beautiful part of the UK. We have the lodges and cottages, as well as the staff that will make your St. Valentines Day extra special. Contact us today and book yourself one of our luxury lodges.

If you would like more information, then we are ready and available to help you at any time. We look forward to seeing you and your extra special “other half” at Coleford, Forest of Dean.

Forest of Dean Half Marathon 2018

No Comments » Written on January 26th, 2018 by Forest of Dean Lodges
Categories: Events 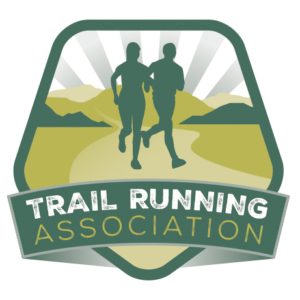 There is a website available that will give you all the information you need to participate. Then again, some folk, like myself, are more the “observer” type. My running years are behind me. Well, for something as far as that, anyway.

This Spring Trails Half Marathon is run in the Forest of Dean at the end of March, using the same organization (but a different course) as the Autumn event. Starting on the road adjacent to the Speech House Hotel in the heart of the forest, the course then leaves the road to follow a loop of well maintained forest trails (with gentle inclines) before eventually leading back to the Speech House Hotel for the finish.

This annual event is organised by The Rotary Club of the Royal Forest of Dean and supported by the Forestry Commission. Proceeds are used to support charities, both locally and nationally.

We are very grateful for the involvement and support of a host of individual volunteers, together with a number of local organisations who make this event successful; including the Forestry Commission, the Speech House Hotel and the Forest of Dean Motor Club.

If you wish to run in the Royal Forest of Dean Half marathon, you can register your name here.

It matters not if you are a runner or watcher, there are places available st our Forest of Dean Lodges. Relax in comfort, spend a few days with us, or longer, and enjoy the events. We have a varied amount of breaks available. Weekend and health Spa, couples breaks, Yoga and holistic breaks.

Check out the main website and see what we have available for you. Contact us for more information or to book. Remember though; Book now to ensure you get your Lodge.

No Comments » Written on November 8th, 2017 by Forest of Dean Lodges
Categories: Events

Forest of Dean Triathlon 2018 – Get involved

There are many things to do in the Royal Forest of Dean and Triathlon 2018 is one of them. You don’t have to compete in the triathlon, you can always be a spectator, its just as much fun but less work.

Run, Cycle, Swim or just relax and watch the sport.

What is a Triathlon?

A triathlon is a multi-discipline sport that consists of running, swimming and cycling. It is definitely not for the faint-hearted and the participants are well rehearsed athletes. They will have been practicing for this race, since the day after the last race.

For those who want to compete in this great annual event, there are different age groups, sections and pr¡ces, a visit to the main website hosting the Forest of Dean Triathlon will furnish you with all the information you will need.

There are events for the Olympic distance and the Sprint Distance, these are held on Saturday and Sunday respectively.

The Swim is an open water swim of 750m or 1500m in the beautiful forest lake. The bike is a road bike circuit and the run is a forest gravel trail run.

Waves will start at 9.00 am and will be in categories open male, females & veterans

A great event for your first go at triathlon or a fantastic venue for a good race.

There are prizes that will be awarded for open categories, vets (over 40’s) and super vets (over 50’s)

What will you be doing?

Are you an athlete? Do you want to partake i the Forest of Dean Triathlon 2018? Why not mix sport with pleasure and book into one of our Forest of Dean lodges or cottages. Relax before and after the race and use the time to visit one of the most beautiful places ion the UK.

If you are coming to the Royal Forest of Dean to watch the 2018 Triathlon, then what better way to do it. Book in for the weekend or a week or even two weeks. We have some fantastic breaks to offer you. Relax and enjoy everything we have to offer and witness a great weekend of sport.